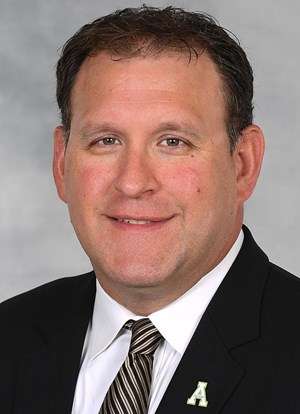 Officials from the Bobby Dodd Coach of the Year Foundation and Chick-fil-A Peach Bowl announced that Appalachian State head football coach Shawn Clark and Marshall head football coach Charles Huff have been selected as The Dodd Trophy Co-Coaches of the Week presented by PNC.

The Dodd Trophy Coach of the Week award honors football coaches who led their team to a significant victory during the previous week, while also embodying the award’s three pillars of scholarship, leadership, and integrity.

The Sun Belt Conference saw two of their programs face off against top-10 opponents on the road in week two, with both earning upset victories. Under Clark, Appalachian State traveled to College Station and claimed a 17-14 victory over then No. 6 Texas A&M. The upset marks the program’s second win against an AP top-10 opponent (34-32 vs. No. 5 Michigan) and first as an FBS team. The Mountaineers held the Aggies to nine first downs and 186 total yards, while dominating time of possession 41:29-18:31. Clark coached Appalachian State to a Sun Belt East Title last season, its third in the last four seasons.

Marshall became the first Sun Belt program to travel to South Bend this weekend, upsetting then No. 8 Notre Dame 26-21. In his second season as head coach, Huff led the Thundering Herd to the program’s second win over an AP top-10 team and first since 2003, when Marshall defeated No. 6 Kansas State 27-20. The game was captivated by back-to-back touchdowns from Huff’s team, first scoring on an 11-play, 94-yard drive early in the fourth quarter, followed by a 37-yard pick-six just 41 seconds later, giving Marshall a 26-15 lead with less than five minutes remaining. The win snapped Notre Dame’s 42-game win streak over unranked teams.

“With both coaches earning marquee, upset victories over top-10 teams, it feels like the perfect opportunity to nominate both Shawn Clark and Charles Huff for the Bobby Dodd Coach of the Week award,” said Jim Terry, chairman of the Bobby Dodd Coach of the Year Foundation. “Coach Dodd would have admired both coaches’ ability to lead their teams to victory as underdogs in such hostile environments on the road.”

Off the field, both coaches have pushed their student-athletes to achieve new heights in the classroom. Appalachian State recorded an impressive 985 Academic Progress Rate (APR) in 2021, while Marshall had Graduation Success Rate (GSR) of 81 in Huff’s first season at the helm.

In the community, Marshall began selling donation tickets this season under Huff, where every ticket sold would be donated to a non-profit charity that works alongside the athletic department. Appalachian State has participated in numerous football charity auctions under Clark, supporting the Hospitality House of Northwest North Carolina.

“Coach Clark and Coach Huff have shown that putting scholarship, leadership and integrity above all can lead a program to new heights,” said Gary Stokan, CEO and president of Peach Bowl, Inc. “The Sun Belt Conference is lucky to have these great coaches lead two of their programs.”

The Dodd Trophy presented by PNC– along with the Dodd Trophy Coach of the Week Award – celebrates the head coach of a FBS team who enjoys success on the gridiron, while also stressing the importance of scholarship, leadership, and integrity.

A panel consisting of all previous winners, national media, a member of the Dodd family and a College Football Hall of Fame member will identify the final list of potential recipients at the conclusion of the 2022 season. The winner of the 2022 Dodd Trophy will be announced in Atlanta during the week of the College Football Playoff Semifinal at the Chick-fil-A Peach Bowl.