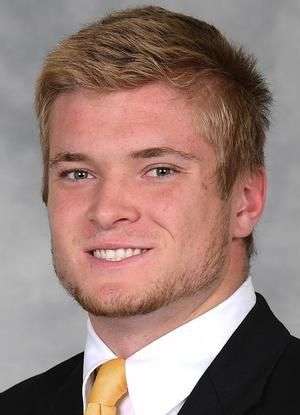 App State’s second trip to the Lone Star State resulted in a 36-24 loss at Texas State in front of the Bobcats’ biggest home crowd for a Sun Belt game.

Henry Pearson caught two second-half touchdown passes from Chase Brice, helping the Mountaineers pull within 15 points early in the fourth quarter, but the rally stalled after a fourth-and-14 pass from the Texas State 39 fell incomplete midway through the final period. The Bobcats kicked a 37-yard field goal with 5:08 left to increase their margin to a three-score lead, and App State’s fourth-down completion inside the Texas State in the closing minutes didn’t produce a first down.

The game ended with a 3-yard touchdown pass from Brice to Dalton Stroman.

Brice completed 40 of 53 passes for a career-high 395 yards, and Pearson made four catches for 43 yards. Stroman also had a 55-yard reception to set up a touchdown as part of his five-catch, 104-yard performance.

Defensively, Dexter Lawson Jr. intercepted a pass in the end zone to end the first drive of the game, but Texas State (3-3, 1-1) controlled the rest of the opening half. Andrew Parker and Caden Sullivan recorded sacks, while Logan Doublin led the Mountaineers with a career-high 11 stops.

App State trailed 24-0 before ending the half with a seven-play, 65-yard drive that included Dashaun Davis’ 24-yard gain to the Texas State 12 and Michael Hughes’ 30-yard field goal as time expired.

Looking to trim its deficit to 24-10 after receiving the third-quarter kickoff, App State moved inside the Texas State 15, but the Bobcats intercepted a fourth-and-4 pass from the 12 and Tory Spears scored on the 94-yard interception return.

App State responded with a long touchdown drive that included the 55-yard pass to Stroman and a 12-yard touchdown reception by Pearson on a fourth-and-1 pass from Brice.

Brice and Pearson connected for another touchdown early in the fourth quarter, this one covering 2 yards, and Christan Horn’s two-point reception cut Texas State’s lead to 33-18 with 13:02 remaining.