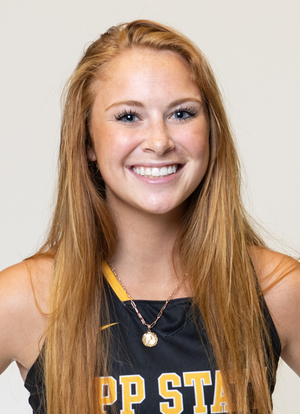 After the Bald Eagles (9-2, 2-1 A-10) struck first in the 10th minute, the Mountaineers (5-5, 1-2 MAC) earned a corner opportunity. Pauline Mangold inserted Allison Corey’s set, leading to Friederike Stegen’s ninth goal of the season.

Lock Haven earned its second goal before the halftime break, holding a 2-1 lead until the beginning of the fourth.

Stegen found the cage a second time with 10 minutes remaining, assisted by Mangold and Carli Ciocco to tie the game. Stegen has 10 goals on the season, leading the Mid-American Conference. That was Ciocco’s ninth assist, the most in the MAC and the second most in App State history for a season.

“We have been practicing a lot on working together and implementing two-touch hockey into our offense, getting everyone touches,” Fleig said.

Addie Clark earned her fifth second-half shutout of the season after holding the Bald Eagles back in the last two periods of the game, allowing her team to take the lead.

“This is a special group because they care for each other, compete and are doing things that this program has never seen before,” head coach Meghan Dawson said.

The Mountaineers are set for another home game this Friday at 5 p.m. against MAC opponent Bellarmine.