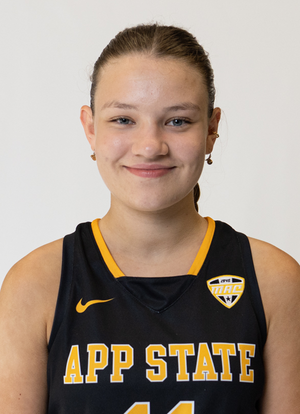 Henriette Stegen had a goal and two shots on goal.
photo courtesy of Appalachian State Athletics

App State field hockey scored two goals in the fourth period to force overtime against No. 15 Wake Forest, but fell short in the extra period, 3-2.

This was the second time that the Mountaineers (4-4, 1-1 MAC) forced overtime against a ranked ACC opponent this season after their game against No. 16 Duke earlier in the month.

The Demon Deacons (6-3, 0-1 ACC) started the game with two goals in the first period. Both defenses held their opponents to zero goals in the second and third periods as the Mountaineers entered the fourth down 2-0.

Henriette Stegen scored her second goal of the weekend, and her career, to cut the deficit in half on a goal that was assisted by Charlotte Bosma with 7:36 left in the game.

Two minutes later, Sarah Farrell dished the ball to Rachel Fleig who punched in her first goal of the season, tying the game at two goals apiece. Farrell is now tied for second on the squad in assists with two.

Addie Clark, Allison Corey and Grace Ball played all 60 minutes of regulation on the defensive side, not allowing any goals for the last 55 minutes of play, assisted by Jillian Orcutt and Fien Zwaan in the backfield.

Clark earned seven saves in the cage, totaling 46 this season.

Up next, the Mountaineers will visit Mid-American Conference opponent Miami (OH) on Friday at 1 p.m.