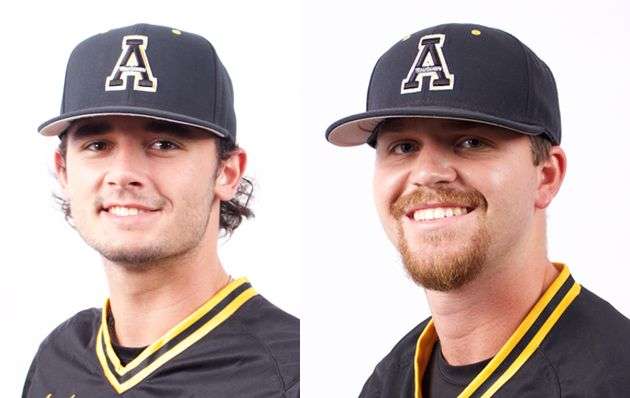 A redshirt freshman from Elon, N.C., St. Laurent slashed .301/.378/.461/.839 during the regular season, leading the Mountaineers in slugging (.461) while ranking second in both batting average (.301) and on-base percentage (.378). He finished the regular season with 20 extra-base hits, tallying 16 doubles, three triples and four home runs, and he drove in 25 runs. The offensive production came while learning to play first base for the first time in his career defensively, in addition to making a handful of starts at shortstop. He finished the year with a .975 fielding percentage, committing just nine errors in 367 chances.

A transfer from ECU, St. Laurent ended the regular season particularly strong, raising his batting average from .277 to .301 across his final 17 games, including eight multi-hit contests. St. Laurent finished Thursday’s game against a double shy of the cycle, highlighting his night with a 446-foot home run to left field.

St. Laurent is the fifth player in App State’s history to earn conference Freshman of the Year recognition, joining Scott Waugh (1988), Johnny McCraw (1989), Kenny Osborne (1993), and Jaylin Davis (2013). He is the first Mountaineer to earn the honor since App State joined the Sun Belt conference.

Cross has been a catalyst both behind the plate and in the batter’s box for the Mountaineers this season. The Sanford, N.C., native finished the regular season with a slash line of .308/.402/.438/.840, and his 16 doubles were the most among Sun Belt catchers during the regular season. He finished it with 15 multi-hit games, compared to just 14 games without a hit. He posted a pair of six-game hitting streaks; one from March 4-13 and another from April 22-30.

Cross ranked third among Sun Belt catchers during the regular season by throwing out 15 attempted base stealers, throwing out runners at a 37 percent clip. In just seven more games played than a season ago, Cross tallied 27 more hits, 13 more doubles and drove in 23 more runs than he did in 2021.

App State opens Sun Belt Tournament play as the No. 9 seed and will face No. 8 seed Little Rock in a single-elimination contest Tuesday at 7:30 p.m. ET at Riverwalk Stadium in Montgomery, Ala. All tournament games are streamed live on ESPN+. The 2022 App State Baseball season is presented by Chick-fil-A.