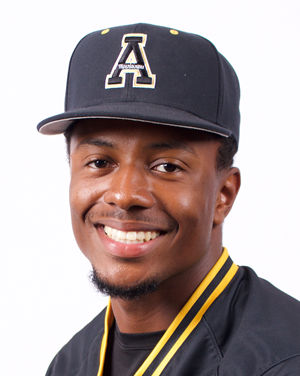 Tujetsch posted his best start of the season, allowing just five hits (all singles) and a walk, while striking out eight. Tujetsch threw 75 of his 109 pitches for strikes to earn his team-leading fourth victory of the season. The eight punchouts were one shy of a career-high.

Ahead 1-0 in the fourth inning, App State (13-23, 5-12) tallied five consecutive hits to push their advantage to 5-0. With one out, Hayden Cross singled up the middle, and Dylan Rogers followed with a single through the left side. That set up Austin St. Laurent, who singled into left field to make it 2-0. Alex Aguila then singled through the right side, and two runs scored on the play, aided by a fielding error by the ULM right fielder. RJ Johnson capped the scoring with an RBI single down the left field line to plate Aguila.

The Mountaineers added two more runs in the fifth. Phillip Cole led off with a double, and Cross made it back-to-back doubles with his team-leading 13th of the season to score Cole. Later in the inning, Aguila lifted a sac fly to left field to plate Cross and make it 7-0.

Trey Jernigan worked a scoreless eighth inning in relief, using a double-play ball to face the minimum after allowing a leadoff single. Seth Whitley closed out the ballgame with a scoreless ninth.

The Mountaineers got out to a 1-0 lead in the third when Aguila walked with one out and scored on a two-out RBI single from Andrew Terrell.

App State finished the game strong, loading the bases in the ninth inning and plating a run on a Rogers sacrifice fly, and two more on a double from St. Laurent to make it 10-0.

The Mountaineers offense finished the ballgame with 12 hits, led by three from Johnson, while Cole, Cross, and St. Laurent all posted two-hit efforts.