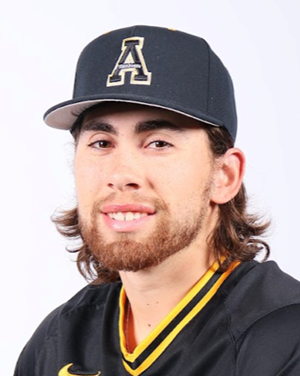 The middle game of the weekend series was a slugfest early, with the two teams combining to score 16 runs in the first five half-innings of play. However, Louisiana took advantage of some App State defensive miscues, and pulled away to a, 12-7, win Saturday at Smith Stadium.

Louisiana (25-16, 14-6) raced out of the starting gates, scoring four in the first inning and three more in the second. App State (14-26, 5-15) kept pace at the plate. After scoring a run in the bottom of the first inning on an Andrew Greckel RBI single, the Mountaineers continued to chip away over the next two frames.

In the second, Dylan Rogers singled to left, and the Mountaineers took advantage of a misplay in the outfield, plating two runs on the play. Later in the inning, RJ Johnson singled through the right side to plate Rogers and make it a 7-4 ballgame.

App State added three more in the third. Austin St. Laurent led off the inning with a single and advanced to second on a passed ball. After Hayden Cross reached on a fielder’s choice, on which all runners were safe, Dalton Williams singled to left to plate St. Laurent. Rogers followed with a two-run double to get the Mountaineers to within a run at 8-7.

That was as close as App State would get for the remainder of the game. Austin Primm relieved Trey Tujetsch, who left with an injury, and worked 3.1 innings in relief striking out three and allowing just one earned run. Louisiana did however plate a pair of unearned runs in the fifth to push their lead to 11-7.

App State was held off the scoreboard over their final six at-bats, despite finishing the ballgame with 11 hits. Williams and Rogers led the way, each recording a two-hit ballgame. Trey Jernigan worked 2.2 innings in relief, scattering six hits to allow just a run. Grey LaSpaluto got the final out on the mound for the Mountaineers.