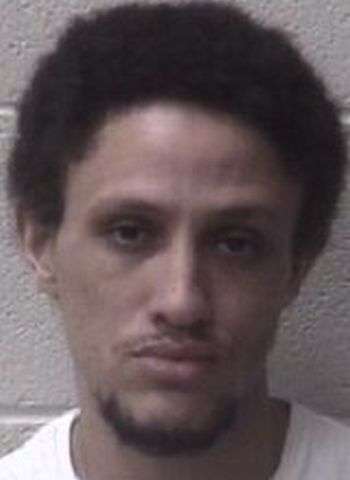 29-year-old Christopher Lashone Fox of Taylorsville was arrested Thursday (October 8) by Alexander County Sheriff’s Officers. He’s charged with felony counts of possession of marijuana and maintaining a vehicle, dwelling or place for controlled substance. The charges are in connection to a shooting incident last week in Alexander County.

No direct charges have been filed against Fox with regards to the shooting incident last Wednesday (October 7) when a man and woman were shot while in a vehicle in the Wittenburg Community. Both shooting victims were treated and released for their gunshot wounds. Three male suspects were previously arrested and charged in connection to that incident. One of the three suspects is a juvenile.

20-year-old Dakota Lee Norton and 20-year-old Carl Anthony Montgomery, both of Tayorsville, along with a 17-year-old juvenile were previously arrested. Norton and the juvenile are charged with felony sale and delivery of a schedule VI controlled substance. Montgomery is charged with felony conspiracy to sell and deliver schedule VI controlled substance. Norton is also charged with one felony count of shooting into an occupied vehicle and two counts of felony assault with a deadly weapon with intent to kill inflicting serious injury.

Montgomery and the juvenile are additionally charged with one felony count of conspiracy to shoot into an occupied vehicle, and two counts of felony conspiracy to commit assault with a deadly weapon with intent to kill inflicting serious injury.

On Wednesday at 10:54 a.m., a call came into Alexander County 911 Communications in reference to a shooting off of Friendship Church Road on Fox Hollow Drive in the Wittenburg Community. Officers with the Alexander County Sheriff’s Office, the Taylorsville Police Department, and North Carolina State Highway Patrol responded to a residence located on Friendship Church Road, where they found two victims that had sustained gunshot wounds while sitting in their vehicle, a BMW sedan.

After speaking with the victims, it was determined that the incident occurred on Fox Hollow Drive, which is a dead-end road located on Friendship Church Road. Investigating officers responded to the driveway where the shooting occurred. Further investigation revealed that the incident stemmed from a drug deal that took place on Fox Hollow Drive. Both victims were transported by Alexander County EMS to local area hospitals with non-life-threatening injuries.

A significant quantity of marijuana was found during the investigation. Fox has been released on a $30,000 secured bond. He had a District Court appearance scheduled for today (October 12). Norton and Montgomery remained in custody as of earlier today, they were also scheduled to appear in District Court today. The investigation into the shooting is ongoing.