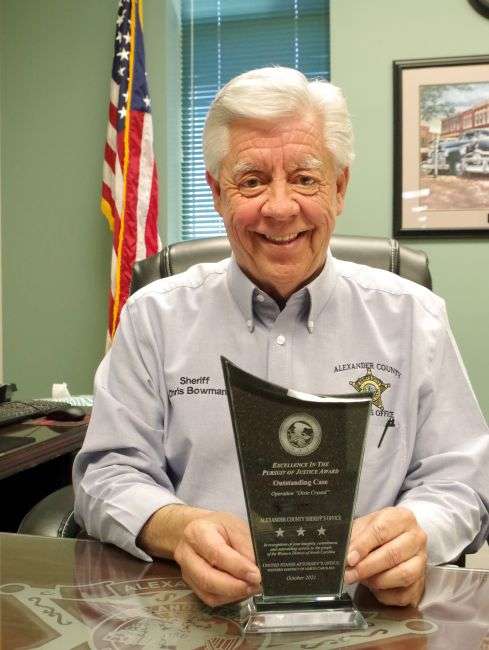 Two narcotics detectives with the Alexander County Sheriff’s Office, whose names are not being released for their protection, received glass plaques commemorating their service in a drug law enforcement operation. On February 8, 2022, investigators with the Alexander County Sheriff’s Office Narcotics unit were awarded by the United States Attorney’s Office for their participation in “Operation Dixie Crystal,” Sheriff Chris Bowman announced this week.

According to the U.S. Attorney’s Office in the Western District of North Carolina, since 2015, Operation Dixie Crystal has resulted in the arrest of more than 200 defendants, seizures of more than 200 kilograms of methamphetamine with a street value of approximately $20 million, over $2 million in drug proceeds, and more than 60 firearms.

Officers said that the meth is mainly from Mexico, where it is made is large quantities. This has overtaken the meth labs which had been often found in this area in the past. The drug comes from Mexico via California or from Georgia. Some is even directly mailed to North Carolina in packages.