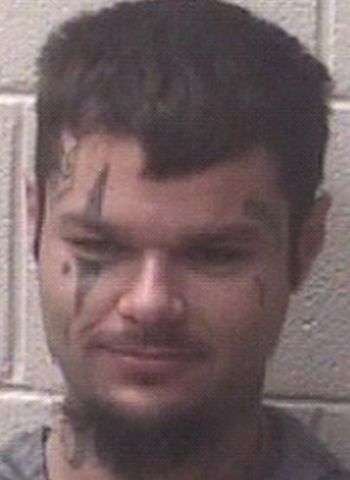 26-year-old Justin Nathaniel Helton has been arrested by Alexander County Sheriff’s Officers for felony larceny of a motor vehicle. He was also served with two warrants for misdemeanor probation violations. Helton is on probation as he serves a 12-month suspended sentence following a March 2021 conviction for resisting an officer and reckless driving. He is also serving an 18-month suspended sentence following an October 2020 conviction for possession of drug paraphernalia and possession of a schedule IV controlled substance. Both convictions were in Alexander County.

Events leading to Helton’s most recent arrest began at about 5:15 p.m. on October 17 as Alexander County Communications took a call regarding a motor vehicle that was reported stolen from a local business parking lot close to the Alexander County/Catawba County line. Deputies arrived and viewed video surveillance that captured the incident. The vehicle was spotted an hour later by an employee of the Catawba County business, but the suspect fled with the vehicle.

The next day, Deputies and Investigators identified the suspect on the video as Justin Nathaniel Helton. A warrant for his arrest was issued. Helton was taken into custody on October 19 at a residence in Caldwell County. Information obtained during the investigation led Officers to a residence in Catawba County where the stolen vehicle was recovered. The investigation is ongoing.

Helton remains in custody in the Alexander County Detention Center under a $20,000 secured bond. He’ll appear in District Court on October 25.

String Of Vehicle Break-ins Under Investigation, Juvenile Taken Into Custody