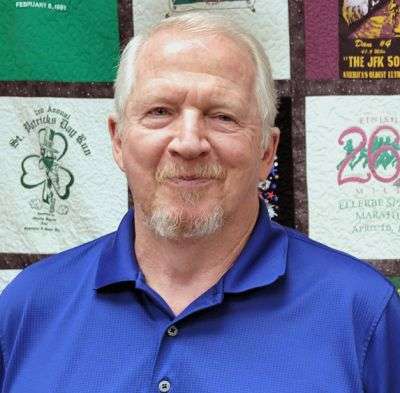 Richard “Rick” Louis French, County Manager in Alexander County, passed away on Saturday, December 24 following an extended illness. Mr. French served the citizens of Alexander County since April 1999, for a total of almost 24 years of dedicated service. He was 70 years old.

Mr. French earned his master’s degree from Appalachian State University. He was one of the biggest Mountaineer fans around and was a member of the Yosef club for more than 20 years. Those left to cherish his memory include his wife of 43 years, Kathy, son Hunter and girlfriend Jacqui, son Parker and wife Evie, and grandchildren Zinnia, Phoebe, and Miller.

During his almost 24 years in Alexander County, Mr. French’s list of accomplishments is long, from recreational opportunities to infrastructure to economic development projects. Most recently, he served as Chairman of the Alexander County Economic Development Corporation (EDC). He also served on the county’s Historic Preservation Committee. Regionally, he served as chairman of the Vaya Health Board of Directors and the Greenway Public Transportation Board of Directors.

Some of his major accomplishments include the planning and creation of Rocky Face Mountain Recreational Area, which was perhaps his favorite project during his tenure in Alexander County. The beloved park opened in May 2012, and Mr. French, his staff, and volunteers hosted numerous trail races and events over the years, including the Vertical Mile Challenge, Vertical Night Challenge, Run for the Dogs, RockyFest Trail Race, and the popular RockyFest event. People from all over North Carolina and beyond travel to Rocky Face Park to enjoy rock climbing, hiking, scenic views, and special events.

For those who knew him, Mr. French was an avid runner completing three (3) 100-mile road races, approximately 50 ultra-marathons, and 198 marathons. He was also race director for more than 50 races during his lifetime, including numerous races in Alexander County. One of the newest races he directed is the USA Track & Field 6/12/24-Hour race at Alexander Central High School, which attracted runners from across the country as well as Canada.

Mr. French also worked with county commissioners to build the new Alexander County Courthouse Park, which features the Rotary Performance Stage, splash pad, picnic shelter, murals, and more. The park, envisioned by Mr. French, officially opened in May 2022. He also worked with Duke Energy to provide additional recreational opportunities at Wittenburg Access Area and Dusty Ridge Park. He believed outdoor recreation was a crucial component in the quality of life in Alexander County.

Library access was also expanded during Mr. French’s service, with branch libraries opened in the Bethlehem and Stony Point communities. He believed that offering library services throughout the county would provide learning and entertainment opportunities for more citizens.

The Alexander County Services Center was another of his major projects that consolidated numerous county departments into one building in the downtown area, providing improved office space and enhanced customer service.

Mr. French, along with the commissioners with whom he served, worked to plan for the future growth and development of Alexander County. He understood that water and sewer infrastructure was necessary to build the tax base in the county by attracting new business and industry, housing developments, and more. Mr. French also believed in expanding services to citizens and sought ways to provide water, sewer, and broadband to as many residents as budgetarily possible.

He also believed in maintaining relationships with the local volunteer fire departments by working with the fire chiefs and commissioners to provide additional funding for staff, equipment, and more. Mr. French understood the benefits of providing opportunities for higher education and worked with commissioners and CVCC to provide facilities to enhance the local community college center, most recently including the CVCC Alexander Applied Technologies Center which houses the furniture academy, welding lab, mechatronics lab, and other college courses. Again, providing services to Alexander County citizens was one of his top priorities.

Under Mr. French’s leadership, the Alexander County Sheriff’s Office was able to move out of its cramped quarters at the courthouse and into the current Law Enforcement Center, which included new offices and a new detention center. He also worked with Alexander County Schools and commissioners to construct the Alexander Central Auditorium, which has hosted numerous concerts, competitions, and community events since its opening in 2005.