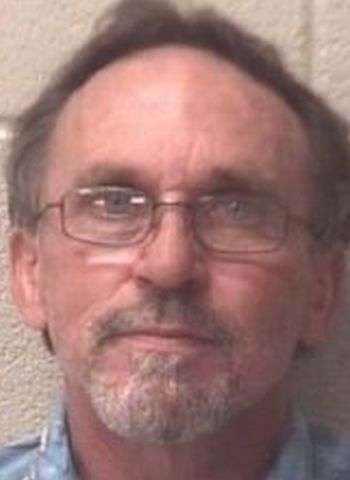 A Taylorsville man received a minimum prison sentence of more than five years after reaching a plea agreement on Monday (April 26) in Alexander County Superior Court. 56-year-old Perry Randall Miller received the prison sentence after being convicted of possession of firearm by a felon and trafficking in methamphetamine.

Miller was arrested by the Alexander County Sheriff’s Office on June 19, 2020. At the time of the arrest, Miller was on probation. He was arrested in connection to an investigation in which a home was searched in the Wittenburg community on Shorty Miller Road. Authorities identified it as Miller’s home. At the time, the defendant was on active probation for armed robbery.

After the home was searched, Miller was charged with felony probation violation, possession of a firearm by a felon, possession of a Schedule II controlled substance and maintaining a vehicle or dwelling for a controlled substance. Miller was placed in jail without bond following that arrest due to the fact that it was his third set of felony charges since going on probation.

Miller was sentenced to serve 70-93 months, or five years, ten months to seven years, nine months, in state prison in a consolidated term.

Taylorsville Woman Arrested on Failure to Appear Charges from Wilmington