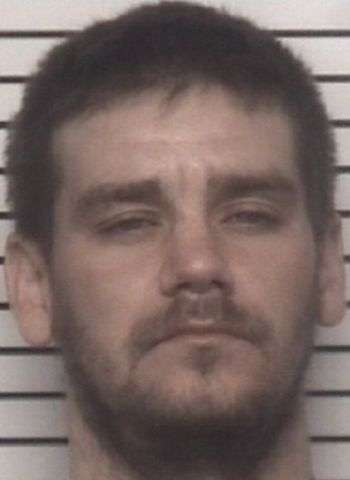 35-year-old Jason Todd Mullen of Rink Dam Road in Taylorsville was arrested by Iredell County Sheriff’s Officers. He’s charged with felony counts of trafficking methamphetamine by possession and transport, possession with intent to sell and deliver meth, and maintain a vehicle for the sale of a controlled substance. Mullen is also charged with misdemeanor counts of simple possession of marijuana, possession of drug paraphernalia, carrying a concealed weapon, and driving while license revoked.

According to information released Monday (November 30), on November 21, 2020 Iredell County Sheriff’s Officers stopped a Toyota Tacoma on Highway 115 at the intersection of Scotts Creek Road for a traffic violation. While speaking to the driver of the car, Jason Todd Mullen, the deputies learned he didn’t have a valid driver’s license and received consent to search the vehicle.

After searching the car, they reportedly found a concealed weapon, more than one ounce of crystal meth, marijuana, and multiple items of drug paraphernalia commonly seen with the sale and distribution of illegal drugs. It was determined that Jason Mullen had an outstanding arrest warrant from Lincoln County for meth, habitual felon, and weapon counts. He was also entered as wanted by Cleveland County for felony breaking and entering.

Mullen was transported to the Iredell County Detention Center where he was jailed under a total bond of $405,000 secured. A District Court appearance is scheduled for December 14. The Iredell County Sheriff’s Office says that Mullen is a verified “Bound For Glory” gang member by the North Carolina Department of Adult Corrections. He’s currently on probation for escape from jail by a felon and felony larceny of a motor vehicle.

The Alexander County Sheriff’s Office is investigating a drive-by shooting. According to Sheriff Chris Bowman,…