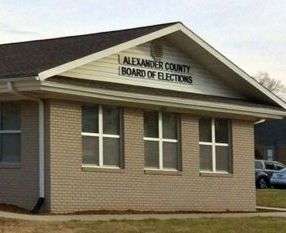 Photo courtesy of Alexander County Board of Elections website

The Alexander County Board of Elections will conduct logic and accuracy (L&A) testing on voting systems that will be used in the upcoming primary election. L&A testing ensures each voting system will correctly count and tabulate each ballot cast. Before every election, county boards of election complete L&A testing to ensure proper coding of ballots and tabulation of votes for every contest.

In an L&A test, ballots of each style are coded for a mock election and run through the tabulator. The tests check the voting system’s ability to read each ballot style and the accuracy of the tabulator when counting votes. A bipartisan team oversees the preparation of the machines and ballots and conducts the tests.

Early voting for the upcoming statewide primary election will run from April 28 until May 14. Citizens can vote weekdays from 8 a.m. until 7:30 p.m. and Saturdays 8 a.m. until 3 p.m. In Alexander County, early voting will take place at the Alexander Senior Center on 7th Street SW in Taylorsville. The primary election is Tuesday, May 17 and the general election is Tuesday, November 8.

L&A tests are open to the public. Testing was scheduled to begin today (April 4) and continue on a daily basis until complete. Testing will be conducted weekdays 8:30 a.m. to 5:00 p.m. Contact the Alexander County Board of Elections at 828-632-2990 for more details.