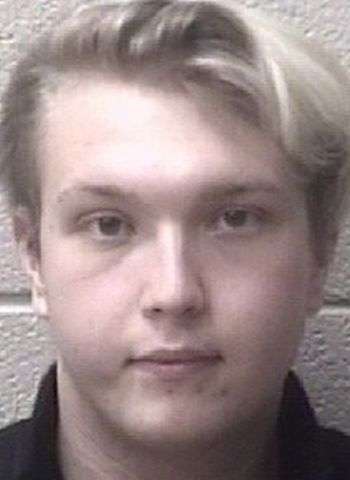 New sexual exploitation charges have been filed against a suspect arrested earlier this week by the Alexander County Sheriff’s Office. On Thursday (November 5) 19-year-old John Noah Mast of Taylorsville was charged with an additional 30 counts of felony third-degree sexual exploitation of a minor.

Mast was initially arrested Monday (November 2) by Alexander County Sheriff’s Officers and charged with 35 counts of felony third-degree sexual exploitation of a minor. The arrest and investigation stemmed from an Internet Crimes Against Children Taskforce (ICAC) tip that a person in Alexander County was uploading child pornography.

Multiple search warrants were executed based on the tip that was received. Investigation revealed that Mast was allegedly in possession of 35 separate items of child pornography. Following Monday’s arrest, Mast was taken into custody and was placed in jail under $500,000 secured bond. A District Court date is scheduled for November 9.

Bond for the charges filed Thursday was set at $750,000 secured. He was being held in the Alexander County Detention Center under a total bond amount of $1,250,000. A District Court date is scheduled for November 9 in Taylorsville. The investigation is continuing.

Sheriff Chris Bowman thanked the Internet Crimes Against Children Taskforce, the North Carolina State Bureau of Investigation, and the Department of Homeland Security for their assistance in this investigation.