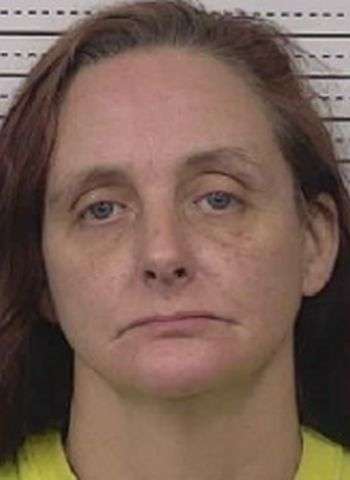 More details have been released in connection to the arrest late last week of a Caldwell County woman on felony drug charges. 44-year-old Stephanie Lee Sipes of Norwood Street in Lenoir was arrested Thursday (March 24) by Lenoir Police Officers. She’s charged with felony counts of possession with intent to manufacture, sell, and deliver methamphetamine, maintaining a vehicle or dwelling for controlled substance, and possession of a firearm by a felon along with a misdemeanor count of keeping a disorderly house. Four additional suspects were arrested in this case and charged with misdemeanor drug offenses.

Last Thursday, at approximately 8:00 p.m., members of Lenoir Police Special Response Team as well as the Lenoir Police Narcotics Unit, executed two narcotic search warrants. They were for separate residences on Norwood Street. The warrants were the result of numerous community complaints which triggered an investigation. Detectives had been monitoring both residences in recent months.

As a result of that investigation, probable cause was established to search the homes. During the service of the search warrants, a total of 7.1 grams of methamphetamine, three pistols, three rifles, and two shotguns were seized. The Lenoir Police Department says more charges will be filed as a direct result of this investigation.

Sipes was jailed in the Caldwell County Detention Center under $300,500 secured bond. She remained in jail as of earlier today (March 29). A District Court appearance is scheduled for April 14. Anyone with information relating to this or any other crime is asked to contact Crime Stoppers at 828-758-8300 or the Lenoir Police Department at 828-757-2100.

39-year-old Tommy Charles Martin, whose address was not listed, was arrested Monday (March 14) by…