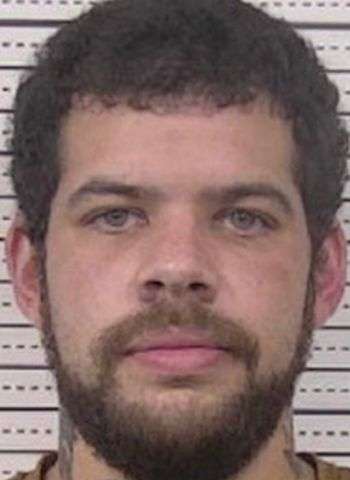 27-year-old Chad Michael Sampson of Ridge Court in Morganton was arrested last Thursday (August 4) by Caldwell County Sheriff’s Officers. He’s charged with trafficking in methamphetamine, traffic in heroin or opium, and maintain a vehicle or dwelling for a controlled substance. WHKY previously reported on Sampson’s arrest, more information has been released on the case.

Thursday at approximately 5:45 p.m. Sampson was stopped by Caldwell County Patrol Deputies as he drove a 2021 Kia K5 GT Line on Caldwell Street in Rhodhiss. During the interaction with the Caldwell County Deputy, a Burke County Sheriff’s Office K-9 alerted to the odor of narcotics coming from Sampson’s vehicle.

A search of the vehicle was conducted and Deputies located approximately 91 grams of meth and 24 grams of fentanyl. The drugs seized during the investigation have a total street value of $17,460 according to North Carolina State Drug Guidelines.

Sampson was confined in the Caldwell County Detention Center under $100,000 secured bond. He remained in jail as of earlier today (August 8). A District Court date was scheduled today.