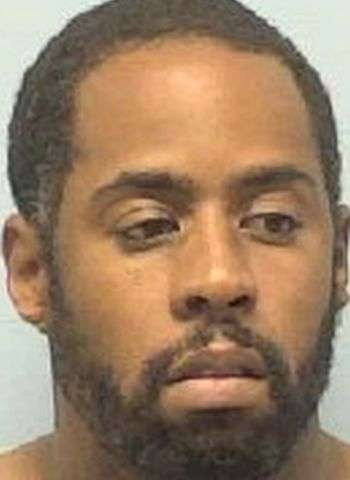 40-year-old Ashley Sylvester Butler of Bethel Road in Morganton was arrested by Burke County Sheriff’s Officers. He’s charged with felony counts of trafficking in methamphetamine, possession of meth, possession with intent to manufacture, sell, and deliver meth, and possession of a firearm by a convicted felon. Butler is also charged with possession of drug paraphernalia. WHKY previously reported on Butler’s arrest, more details have been released.

According to information released Friday (August 12) by the Burke County Sheriff’s Office, in July of this year, the Burke County Sheriff’s Office and Morganton Department of Public Safety Narcotics Divisions initiated a drug investigation involving Ashley Sylvester Butler. The investigation resulted in the determination that Ashley Butler was involved in the distribution of “trafficking” amounts of methamphetamine both within Burke County and the City of Morganton.

On July 25, Burke County deputies observed a vehicle being driven by Ashley Sylvester Butler on I-40. After confirming Butler did not have an active driver’s license, deputies conducted a traffic stop on the vehicle. A K9 officer assisted in the search of Butler’s vehicle. The search reportedly resulted in the discovery of two firearms, approximately 399 grams of methamphetamine and a significant amount of U.S. currency.

Butler was placed under arrest and incarcerated in the Burke County Jail under $130,000 secured bond. He remained in jail as of today (August 15). The next District Court date for Butler is August 18.