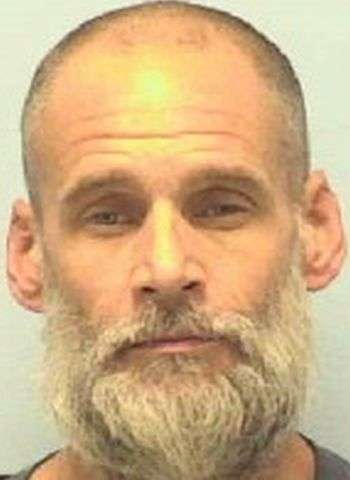 More details have been released in connection to the arrest of a Gaston County man on Burke County weapon charges. 44-year-old Timothy Wesley Swink of Park Place Drive in Dallas, N.C., was arrested Saturday (November 26) by Morganton Public Safety Officers. He’s charged with felony possession of a stolen firearm and misdemeanor carrying a concealed gun. WHKY previously reported on this arrest Monday (November 28).

Saturday shortly after 7 p.m. a Public Safety Officer initiated a traffic stop on South Sterling Street in Morganton. The officer stopped a white 2002 Honda CRV due to an expired registration and inspection. The officer came into contact with the suspect, Swink, and reported a strong odor of marijuana coming from the vehicle.

At the officer’s request, Swink stepped out of the vehicle and was searched. The officer reportedly found a clear plastic container containing white residue. The officer suspected this to be illegal narcotics and this resulted in probable cause to search the vehicle.

A search reportedly resulted in the recovery of a 38 caliber Taurus model 85 revolver. No charges have been listed in connection to the suspected drugs in the vehicle or in the suspect’s possession. Swink was given a custody release following the arrest and was not listed as an inmate today (November 30) in Burke County. A District Court appearance was scheduled Monday in Morganton. No upcoming court dates were listed on the gun charges.