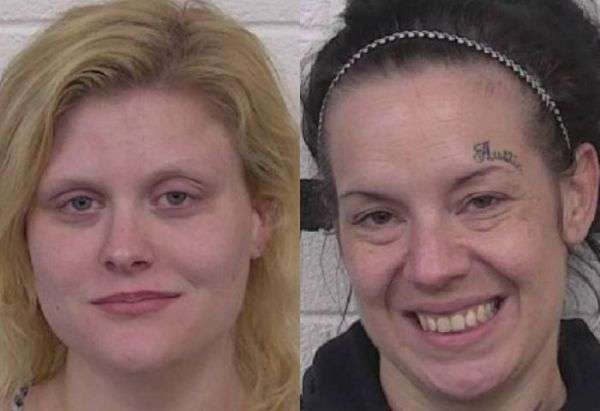 More information has been released in connection to the arrests of two suspects in a drug case. 20-year-old Tesla Amber Ledford of Mountain Grove Road in Hickory and 36-year-old Summer Michelle Coleman of West Highland Avenue in Granite Falls were arrested last Wednesday (March 10) by Caldwell County Sheriff’s Officers. They’re each charged with two felony counts of trafficking in methamphetamine.

The suspects were taken into custody following a vehicle stop Wednesday. Caldwell County Sheriff’s Office K-9 “Pancho” was utilized during the traffic stop and alerted officers to the possible presence of controlled substances. A search was conducted and Deputies located approximately 80 grams of methamphetamine in the vehicle. Agents also seized $1646 in cash.

The drugs seized during the investigation have a total street value of $12,000 according to North Carolina State Drug Guidelines. This investigation was conducted along with the Burke County Sheriff’s Office and Lenoir Police Department. Both suspects were jailed in the Caldwell County Detention Center under $150,000 secured bond. They remained in jail as of earlier today (March 15). They both have District Court dates scheduled for April 1.

The Lenoir Police Department is seeking the public’s assistance to locate a missing person. April…