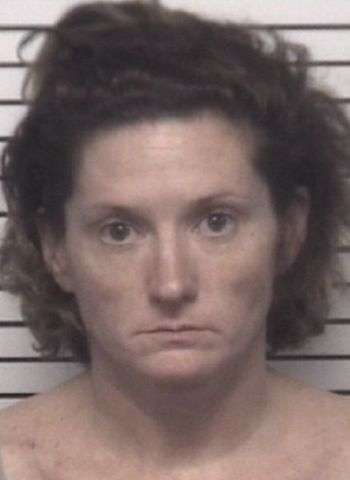 36-year-old Elizabeth Suzanne Bailey of Bluff Court in Statesville, who was previously charged with multiple offenses including statutory sex offense, now faces several additional counts. WHKY reported on Bailey’s prior arrests in August. Last Friday (September 2), Bailey, an Iredell County Schools employee, was charged with 27 additional counts. The charges filed last week include nine counts apiece of misdemeanor contributing to the delinquency of a minor, felony intimidating or interfering with a state witness, and felony violation of pre-trial release conditions.

As Iredell County Sheriff’s Office Special Victims Unit Investigators continue to receive information from search warrants and court orders previously sent out, information was received indicating that the juvenile victim had been at Bailey’s residence on nine occasions since her original arrest on August 1, 2022. Part of her original bond release conditions was she stay away from the juvenile victim in this case.

On August 8, deputies with the Iredell County Sheriff’s Office Warrant Squad served two arrest warrants on Bailey. Those warrants charged her with felony statutory sex offense with a child under 15, and misdemeanor contributing to the delinquency of a minor.

The original investigation into these matters began on July 20, 2022, when the Iredell County Sheriff’s Office received a report regarding a teacher possibly having had a sexual relationship with a student. Several witness interviews were conducted, and search warrants were obtained for digital and social media communications between the victim and Bailey. The victim was interviewed as part of the investigation and additional information was received. According to published reports at the time, Bailey had been suspended with pay from her position at Northview Academy (formerly Pressly School).

Following last week’s arrest, Bailey was placed in the Iredell County Detention Center under $800,000 secured bond. A District Court date is set for September 26. The investigation is ongoing, and additional charges may follow.