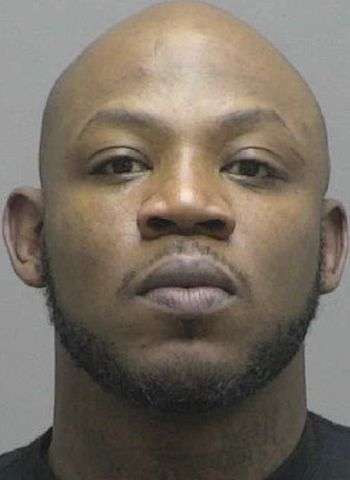 31-year-old Reginald Duncan Anderson, Jr. of Brady Hoffman Road in Lincolnton was arrested Sunday (March 7) by Lincoln County Sheriff’s Officers. He’s charged with five felony counts of assault with a deadly weapon on a law enforcement officer, one count of possession of a firearm by felon, four counts of injury to personal property, one count of injury to real property, and one count of felony speeding to elude arrest.

Anderson was reported to be driving at a high rate of speed and lost control of the vehicle at the intersection of Reepsville Road and Cat Square Road in western Lincoln County. Anderson’s vehicle left the roadway coming to rest in a yard. Patrol deputies exited their vehicles in an attempt to detain the suspect. Anderson then accelerated in his vehicle striking multiple patrol vehicles and causing extensive damage.

A Lincoln County Deputy was struck by Anderson’s vehicle as well and suffered minor injuries. Officers eventually took Anderson into custody. A firearm was reportedly found in the suspect’s vehicle. Anderson was also served with warrants connected to the chase from the Dallas Police Department. Anderson’s bond was set at $75,000 secured. He is not currently listed as an inmate in Lincoln County. A District Court appearance is scheduled for March 29.

Anderson has an extensive criminal history in North Carolina including second-degree kidnapping, assault by pointing a firearm, larceny of a motor vehicle, felony flee to elude, resisting a public officer, communicating threats, and additional assault and drug charges. He is also reported to be a person of interest in a shooting that occurred in Bessemer City on February 10, 2021.