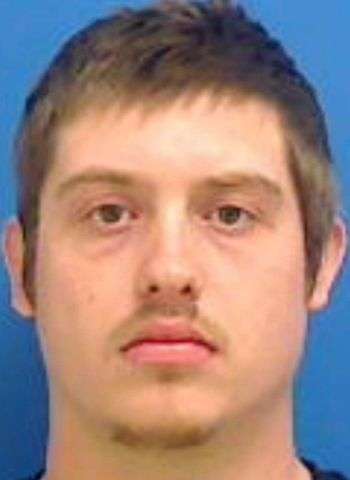 A Granite Falls man will spend at least 50 years in prison following his conviction in Catawba County Superior Court for a double homicide that occurred nearly five years ago. 27-year-old Eric Terril Yount was sentenced to serve 50 to 62 years in prison for the March 2, 2016, shooting deaths of 22-year-old Richelle Scott Lail and 28-year-old Cody William Watts.

The fatal shootings occurred in the parking lot of McDonald’s on U.S. 321 in Hickory approximately a month after the defendant and Lail ended a domestic relationship.
Investigative findings showed that Yount texted a friend the day before the fatal shootings and told him he would not be at work the next day and would be going to jail.

Defense Attorney Vicki Jayne argued that her client was not of sound mind when the shootings occurred, citing the loss of his job, opioid use and the loss of his girlfriend as reasons he “snapped.”

The victims were talking to each other in the McDonald’s parking lot when Yount pulled into the lot and blocked Watts’ truck. An argument ensued between Yount and Lail. During that verbal exchange, the defendant pulled a handgun from his vehicle and began firing at Lail, who had been standing at the window of Watts’ truck as he sat behind the wheel. Lail was struck in the head and died at the scene.

Yount then turned the gun on Watts, firing several shots that struck him in the neck and chest while he was still in his vehicle. Watts’ son, 10 years old at the time, was seated in the truck beside his father but was not struck by the gunfire. Yount left the scene, abandoned his vehicle in a school parking lot between two busses, went to a car lot and stole a truck before turning himself in at the Lenoir Police Department later that night.

Investigation also showed that the defendant called his father in a frantic state and told him that he had just killed Lail and Watts. Investigators with Hickory Police Department located a 9-millimeter handgun that Yount had taken to a friend’s residence following the shootings, along with six shell casings from that caliber of firearm at the scene of the shootings. Analysis of the handgun also showed the major contributor of DNA on it was the defendant, who also had gun residue on the T-shirt he was wearing at the time of the shootings.

The autopsy reports showed that Lail died from a gunshot wound to the head. Watts succumbed to injuries sustained from multiple gunshot wounds. Members of both families addressed the court Wednesday.

The case was investigated by Hickory Police Department. Lance Sigmon and Jamie Adams handled prosecution for the District Attorney’s Office.