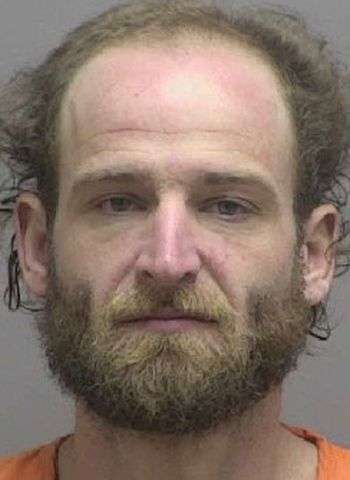 31-year-old Joseph Lee Hughes of Frank’s Road in Lincolnton was arrested Wednesday (November 25) by Lincoln County Sheriff’s Officers. He’s charged with felony counts of assault with a deadly weapon on a law enforcement officer, flee to elude a law enforcement officer, larceny of a motor vehicle, and possession of a stolen vehicle. He’s also charged with misdemeanor counts of driving while license revoked injury to personal property, and injury to real property.

Hughes also faces an extradition hearing for parole violation from Washington County, Tennessee. He’s also charged on warrants from Catawba County for felony breaking and entering a building, felony larceny of a firearm, possession of a firearm by a convicted felon and probation violation.

The incident began at approximately 10:00 a.m. Wednesday when a man on Marsh Trail in western Lincoln County reported his 1997 Ford pickup had been stolen. A “Be On the Lookout” was broadcast to officers with the description of the vehicle. An officer spotted the vehicle in the area of Corriher Farm Road and Killian Road and gave chase. 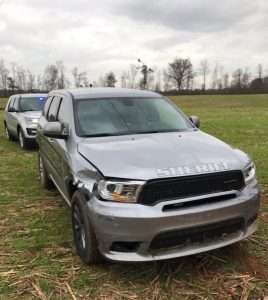 The vehicle traveled north on Killian Road at a high rate of speed before turning through a yard and driving back across the roadway into a field near the Catawba County line. The officer continued to chase the vehicle which rammed the patrol car twice during the incident. The patrol car sustained front bumper and right fender damage. The stolen truck was driven into a ravine and rolled into a creek.

The suspect jumped from the pickup truck and ran from the scene on foot. Deputies chased the individual who was apprehended a short time later. He was placed in the Harven A. Crouse Detention Center under a $121,000 secured bond on the local charges. He is being held on no bond for the fugitive warrant charge in Tennessee. A District Court appearance is scheduled for next Monday (November 30) in Lincolnton.