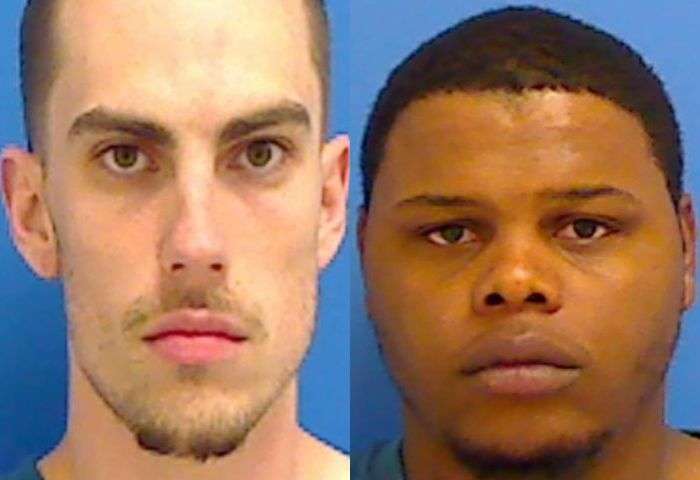 The two defendants in a Hickory triple-murder case have been sentenced, they received minimum sentences of more than 60 years in prison. Earlier today (August 12) in Catawba County Superior Court, 28-year-old Greydon Keith Hansen and 28-year-old Dontray Tyrell Cumberlander, both of 18th Street Place NW in Hickory, entered a guilty plea to three counts of second-degree murder, along with single counts of assault with a deadly weapon inflicting serious injury and discharging a weapon into an occupied vehicle.

They were sentenced by Superior Court Judge Todd W. Pomeroy of Lincoln County to a total of 770 to 984 months in prison, or 64 years, two months, to 82 years. The defendants did receive credit for time already held in jail. Hansen is one of two men charged in connection to the murders of 21-year-old Justin Michael Aiken of Newton, 21-year-old Cody Manood Bouphavong of Conover and 21-year-old Quajuae Alexus Kennedy of Newton.

A fourth victim, a 20-year-old Cole Brady Ervin of Claremont was injured in the shooting. He was treated and released from Frye Regional Medical Center. The incident occurred in the early morning hours of April 7, 2017, in the parking lot outside J. McCroskey’s Irish Pub & Grill on 29th Avenue Drive N.E. in Hickory. Following the incident, Long View Police stopped the suspect’s vehicle in the 2200 Block of 1st Avenue SW. Hickory Police Officers arrived and arrested The two men.

Family members of the victims made statements in court today, sharing memories of their loved ones. The surviving victim was not in attendance, the person representing Mr. Ervin said he is still feeling the effects of injuries sustained in the shooting. Multiple family members expressed their displeasure with the plea agreement. Both men have been held at the Catawba County Detention Facility without bond since their arrests.

39-year-old Tommy Lewis Martin, Jr., who is listed as a homeless person from Hickory, was…

Hildebran Man Arrested in Hickory on Warrants from Burke