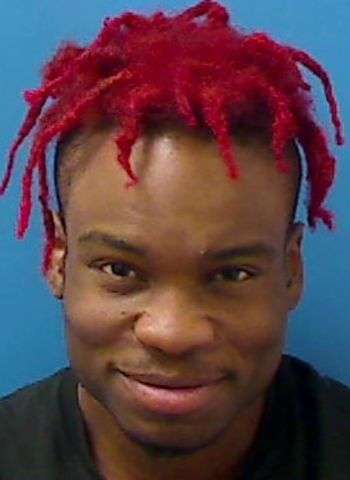 A Catawba County man who robbed two Hickory-area businesses at gunpoint in March 2020 has been sentenced to more than 13 years in prison. William T. Stetzer, Acting U.S. Attorney for the Western District of North Carolina announced last week that 30-year-old Lester Deontae Lackey of South Caldwell Avenue in Newton was sentenced to 162 months, or 13 years, six months along with three years under court supervision after he is released from prison. The Honorable Kenneth D. Bell presided over the sentencing hearing.

According to filed court documents, and statements made in court, on March 21, 2020, at 11:55 p.m., Lackey robbed a Speedway Store located 1835 Hwy 70 SE in Hickory. Upon entering the store, Lackey pointed a rifle at a store clerk and demanded money. The store clerk complied and handed Lackey $300 in cash and Lackey fled the scene.

Court records show that two days later, on March 23, 2020, at approximately 1:50 p.m., Lackey entered a CVS Pharmacy located at 2259 12th Avenue, in Hickory. As with the previous robbery, upon entering the pharmacy Lackey pointed a rifle at the store’s shift manager and another employee and demanded money. The shift manager handed Lackey approximately $252 in cash and Lackey fled the scene. At the time of the robbery, there were multiple customers inside the pharmacy who managed to flee to the rear of the store.

According to court records, law enforcement quickly identified Lackey’s getaway vehicle and a Hickory police officer found Lackey, who was still in the Hickory area. Law enforcement attempted to stop Lackey’s vehicle but Lackey proceeded to attempt to evade the police. A pursuit by multiple law enforcement agencies ensued, that occurred for approximately 30 minutes. During the pursuit, Lackey traveled into Caldwell County and back into the Long View area of Catawba County. Law enforcement arrested Lackey after his vehicle collided with a power pole and he attempted to flee on foot.

On December 4, 2020, Lackey pleaded guilty to Hobbs Act robbery, which is the robbery of a business engaged in interstate commerce, and possession of a firearm in furtherance of the robbery. Lackey is currently in federal custody. He will be transferred to the custody of the federal Bureau of Prisons upon designation of a federal facility.

In announcing the sentence, Acting U.S. Attorney Stetzer thanked the ATF, the Caldwell County Sheriff’s Office, the Hickory Police Department and the North Carolina Highway Patrol for their investigation of the case.