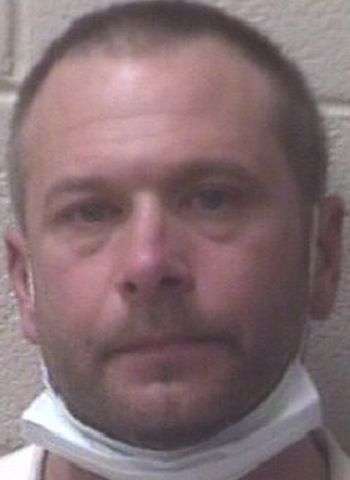 43-year-old James Darrell Roten of Hickory was arrested Monday (March 29) by authorities in Alexander County He’s charged with felony possession of a stolen motor vehicle along with misdemeanor counts of flee to elude arrest with a motor vehicle, driving while license revoked, and unsealed wine/liquor in passenger area.

He was arrested following a vehicle chase Monday afternoon south of Taylorsville. According to law enforcement reports, Taylorsville Police Chief Doug Bowman spotted a vehicle that had been reported as stolen in the parking lot of a convenience store on Highway 16 south. The vehicle was reported stolen from a location in Catawba County earlier in the day.

The suspect vehicle traveled onto Alspaugh Dam Road with Chief Bowman in pursuit. Speeds of around 90 miles per hour were reached during the chase. Alexander County Sheriff’s Deputies joined in the pursuit. Officers were able to force the vehicle to stop and the suspect surrendered without incident.

Roten was placed in the Alexander County Detention Center under $5,500 secured bond. He remained in jail as of earlier today (March 30). An Alexander County District Court appearance is scheduled for April 5. Roten is also reportedly facing charges in Catawba County.